if corporations really have personhood

So, the Des Moines Register published a view about corporate personhood. The SCOTUS may rule on Sebelius vs. Hobby Lobby and allow Hobby Lobby can exercise its religious rights. As ludicrous as I find this claim, I wonder about the resulting lawsuits because…
1. if corporations have personhood, what is the corporation’s sex? 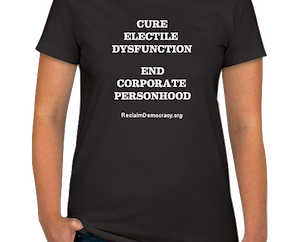 2. if the sex is female, and the corporation creates a subsidiary, does it have maternity rights to no longer fulfil its corporate duties?
3. if one corporation is male and it wants to merge with another male corporation, can it do so in states that don’t permit same-sex marriage?
4. since euthanasia of humans is not permitted, can you no longer take a dying corporation off life support (go from Chap 11 bankruptcy to Chap 7 ABC)?
5. since you can’t own a person, would all public corporations now need to become private as shareholders could no longer be permitted?
6. since polygamy is illegal, a corporation could only merge with one other corporation
7. could a human merge with a corporation and upon his death, transfer his assets to his spouse tax-free in an inheritance?
8. if a foreign corporation merged with a US corporation, could the US corporation move overseas and avoid paying any US taxes?
9. since a corporation can license mirror images of its children (franchises), is human cloning then also permissible?
10. the whole corporate tax debate would be moot, as the individual tax tables would apply to corporations?
11. all corporate taxes would need to be filed on a calendar year basis
12. would a corporation inherit its founder’s race making Google Russian-American and Apple a Syrian-Polish company?
Aren’t there more loopholes in this personhood debate?
——
I do not intend for this to be a legal debate or religious diatribe. It is but a feeble attempt at satire on a cold wintry night